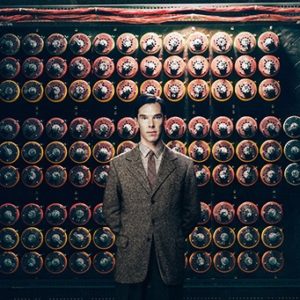 Screening of The Imitation Game, about Alan Turing and the breaking of the Enigma code, at London’s Science Museum. It’s estimated that, by breaking the Nazi code, the British mathematician shortened WWII by 2 years, saving 14 million lives. As Keira Knightley, one of the codebreakers says at the end to Turing, a broken man undergoing hormone treatment for being gay: “I came here through a city that would not have existed but for you. I bought a train ticket from a man who would not have been alive but for you…” A brilliant and moving film about a man who should have been a national hero but was treated abominably because of his sexuality. It was an amazing privilege to watch a film about Turing alongside members of Turing’s family.