The Photographic Card Deck of the Solar System 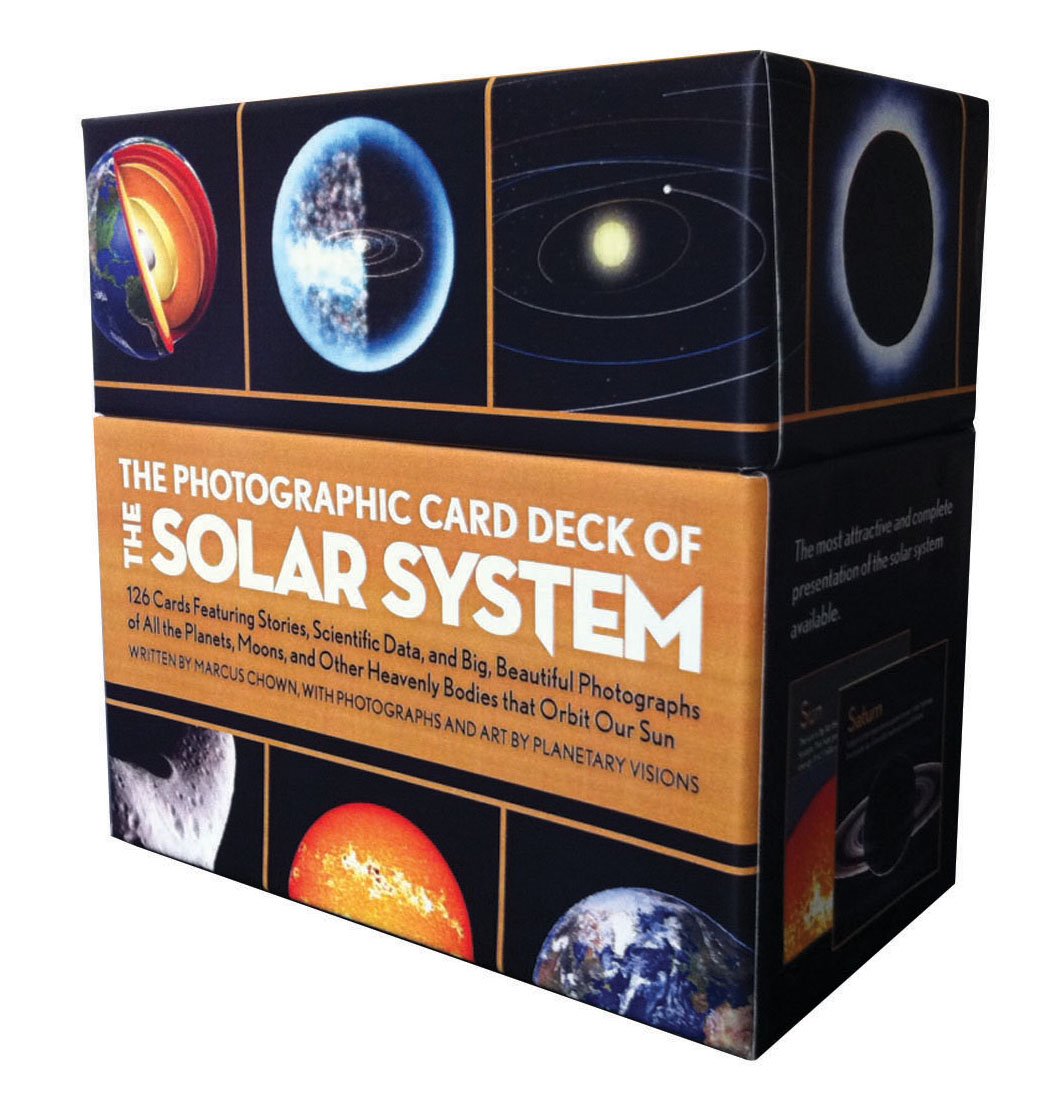 158 Cards Featuring Stories, Scientific Date, and Big Beautiful Photographs of All the Planets, Moons, and Other Heavenly Bodies That Orbit Our Sun

Navigate via a chocolate box of planets, moons, asteroids and comets using the award-winning App which won The Bookseller‘s Digital Innovation of the Year