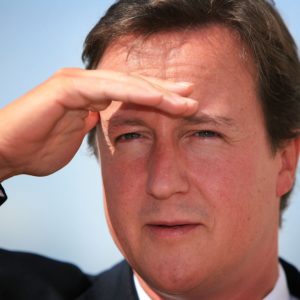 My response to “Why CameronMustGo must go”

My response to “Why CameronMustGo must go” in
The Mirror

My tweet:
#CameronMustGo because he has behaved as if he won an election when in fact only 26% of people voted for him [Pic of David Cameron]

Mirror says:
He did win the election

My comment:
Happy to drop the word “won”. My substantive point is unchanged, however. Everyone knows Cameron has not behaved with the humility of someone for whom only 26% of those of voting age (36% of voters on the day) voted. And, actually, he did not “win” the 2010 election in any meaningful sense of the word. Why else would he have had to go into a coalition with the LibDems? His was the biggest party but it did not win an electoral majority.

My tweet:
People died in WWII so that we could have our NHS. These two waited 65 years to take it away from you #CameronMustGo [Pic of Cameron & Clegg outside No. 10]

Mirror says:
No they didn’t

My comment:
I’m not of course saying WWII was not fought to defeat Naziism. But, after the war, there was a widespread feeling that a fitting memorial to those who had made the ultimate sacrifice was a better world. Thus Attlee’s government delivered the NHS and the welfare state. Cameron and Clegg are dismantling both, which is my substantive point.

My tweet:
The evidence that the UK govt doesn’t care about what people think, only making profit for its mates #CameronMustGo [Block graph showing majority against NHS privatisation, Royal Mail privatisation etc]

My tweet:
The cyber-scream of hundreds of thousands of #CameronMustGo tweets reaches David Cameron [Pic of Edvard Munch’s Scream]

My comment:
Has the Mirror no sense of humour?! I of course don’t believe Cameron really has his hands over his ears to shut out the cyberscream of #CameronMustGo tweets. This is a tongue-in-cheek tweet. Not meant to be taken literally.

The irony of all this is that the UK government has lied through its teeth to the public on everything from the economy to welfare to the NHS. For instance, it says it has rescued the economy when UK debt is in 2015 predicted to be 80% bigger than in 2010 and wages are substantially lower than in 2010. Cameron promised “no top-down reorganisation of the NHS”, when he has done precisely that. He has also said he is not privatising the NHS when 70% of recent contracts have gone to private providers, which satisfies the World Health Organisation definition of privatisation. Etc etc.

Unfortunately, our media rarely points out the government lies, which is why a survey reported in The Independent said “British public wrong about nearly everything”