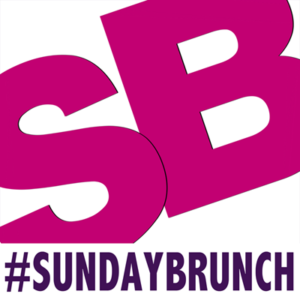 Talked with presenters Tim and Simon about the 25th anniversary of the Hubble Space Telescope and the mysterious white spots found on dwarf planet Ceres by NASA’s Dawn spaceprobe. Channel 4’s Sunday Brunch is always fun to do. Always seems to be a good atmosphere. Both the people behind the scenes who do the programme and the guests are great. Ones that stick in my my mind are Phil Harding from Time Team, who let me hold a 60,000-year-old stone axe, and the wonderful, wonderful bat lady, Jenny Clark, who took some bats out of her bag and said: “Go on, stroke them. They love it.” And they did! They actually purred with pleasure!

Here are some of the people I met this time… 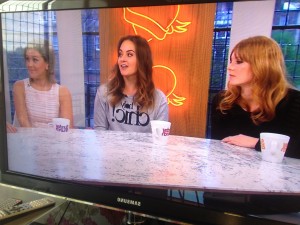 Lauren, Chavala and Beth from ‘The Island with Bear Grylls’. Lovely women. But I’m not sure about killing a pig for reality TV 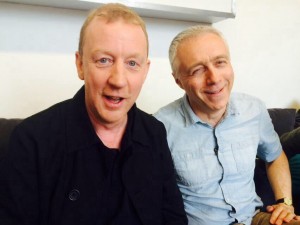 Dave Rowntree, drummer, Blur: “All I do is hit things, so I decided to do something else. I became a criminal solicitor.” 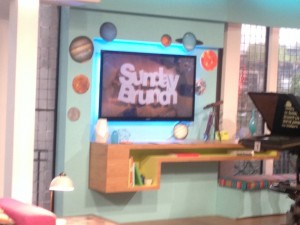 The set for my item: Plan is for me to talk to Simon and Tim either side of screen on which pictures from Hubble Space Telescope and so on will be projected 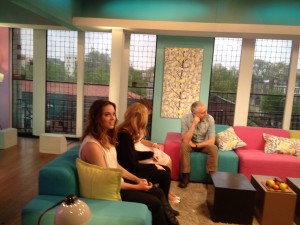 Waiting for the ‘Smile into the camera’ cue with Lauren, Chavala and Beth from ‘The Island with Bear Grylls’ 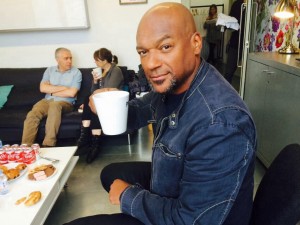 James Bond actor Colin Salmon: Someone tweeted he has ‘a voice like warm caramel poured in your ear’. He has! 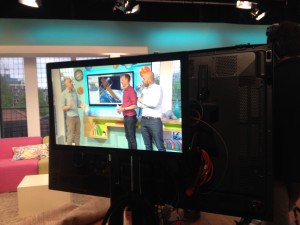 “The Hubble Telescope is the most important since Galileo’s pioneering telescope of 1609…” (At least I think that’s what I am saying!) 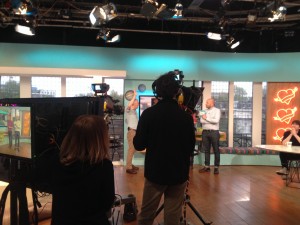 We’re live and for some reason I’m waving in the air! (My wife’s phone has just gone off and she’s had to rush off set – it’s her mum asking ‘When is Marcus on?’!) 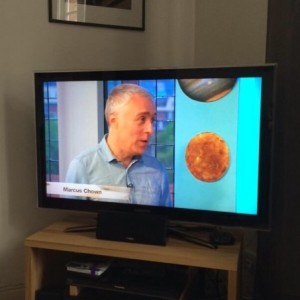 Who’s that man on the TV?! (Thanks to Hamza Anwar for tweeting the picture)