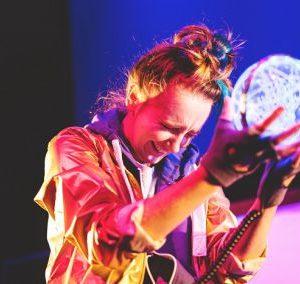 It was a total pleasure to chair an event on gravitatational waves at the Edinburgh Science Festival with two University of Glasgow physicists who played key roles in their discovery – Ken Strain and Sheila Rowan, Scientific Advisor to the Scottish government. The event was in the wonderful National Museums of Scotland. And it was in front of a very enthusiastic audience which asked loads of questions… 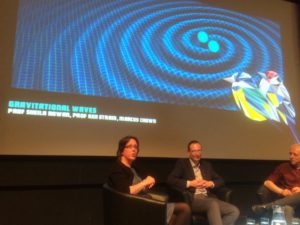 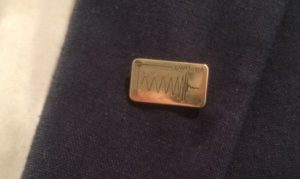 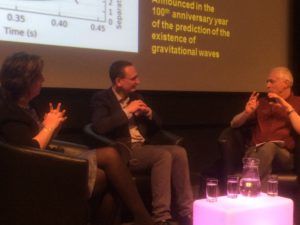 Sheila Rowan and Ken Strain knew a world-changing secret for 5 months – that they’d found g-waves – and never told anyone! 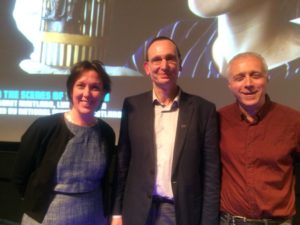 According to Sheila Rowan and Ken Strain, there have been 3 gravitational wave events detected so far in LIGO’s 2nd run. But they wouldn’t give any more details! 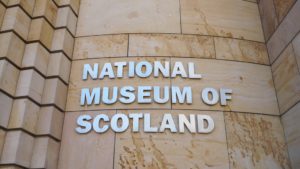 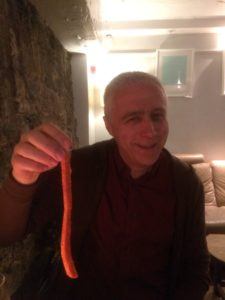 Is this the biggest chip in the world? At “Under the Stairs”, before chairing gravitational waves event 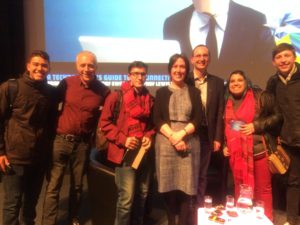 These students won the prize for having having traveled the furthest to the @EdSciFest gravitational wave event: Brazil! 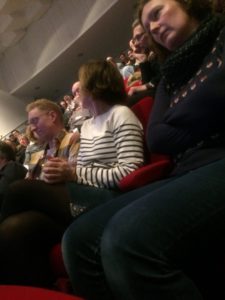 Edinburgh audience asked loads of good questions like: What happens when a gravitational wave hits a black hole? 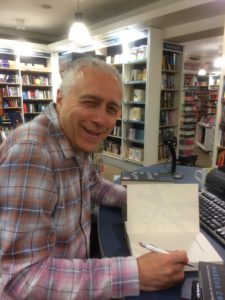 Thanks to @BlackwellEdin for letting me sign ALL my books!