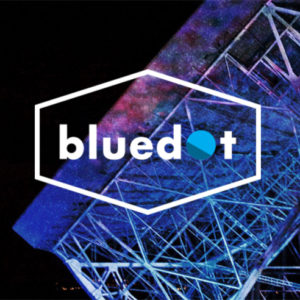 On 14 September 2015, gravitational waves were first detected on Earth. The source – two merging black holes – briefly pumped out 50 times more power than all the stars in the Universe together. To mark the publication of my book, The Ascent of Gravity, I talked about gravitational waves: The voice of space.. in the shadow of the 72 metre Lovell radio dish at Jodrell Bank. Absolutely fab location! 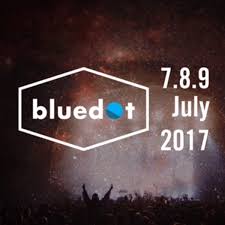 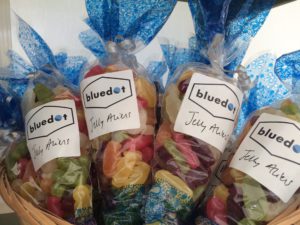 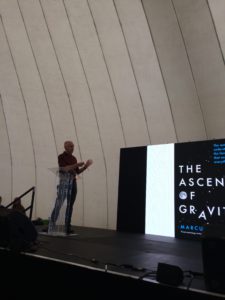 Everyone in the audience waved their right hand in the air and created gravitational waves, which will reach Alpha Centauri in 2021! 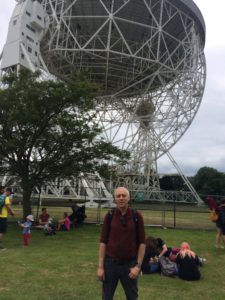 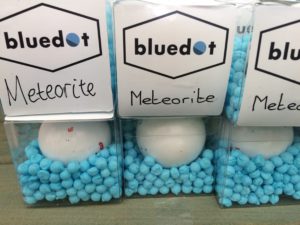 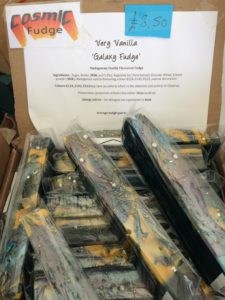 Who could resist a bar of psychedelic ‘galaxy fudge’? 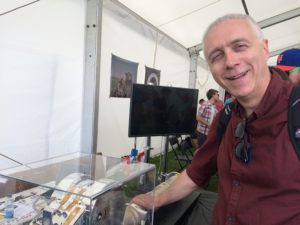 I got to touch something that’s been in space! An arm that held a solar panel on NASA’s Hubble Space Telescope 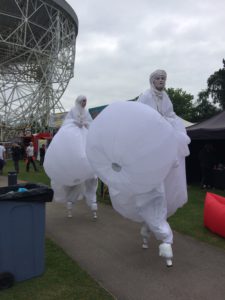 Spotted some aliens near the Jodrell Bank 76 metre radio dish! 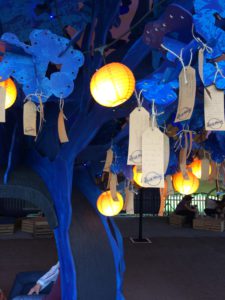 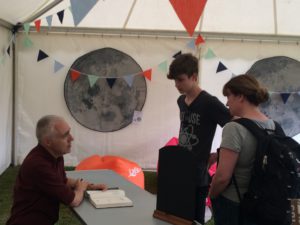 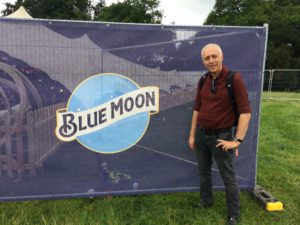 A place you will rarely find me!