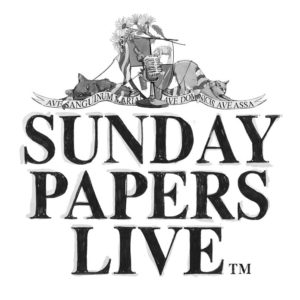 Sunday Papers Live is a fab thing. Cecil Sharp House, close to London’t Regent’s Park, is taken over and kitted out like a giant living room, with comfortable sofas and rugs. People are encouraged to come with their babies and dogs, wear slippers, and generally make themselves at home. There’s a cafe downstairs for coffee and cakes, and you can get Sunday dinner and a glass of wine. You can even do jigsaws or play scrabble with complete strangers. And, in case you wondered about the name, the main event in the big hall has the theme of the Sunday Papers. On the central dais, from 12.30pm to 10pm, guest speakers talk on politics and travel and gardening and sport… in fact, all the things you get in the Sunday Papers. There’s even a crossword, whose clues are acted out brilliantly. I defy you not to be singing “It’s the crossword! It’s the crossword!” to the tune of Grandstand by the end of the day.

I’ve done the science stint on several occasions but this time I did something different. At 2pm and 4pm, I led a party out to Primrose Hill for a “space walk”. Basically, I paced out a scale model of the Solar System, with at the foot of the hill the Sun – a grapefruit! – and at the top of the hill the outermost planet, Neptune – a pine nut! And, as we walked up I told people interesting things (hopefully) about each planet… 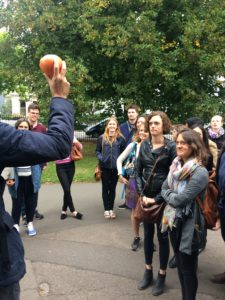 “Imagine that this grapefruit is the Sun” 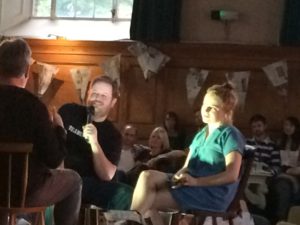 Trump? asks the panel. Why the hell did people elect a lying, racist, misogynistic narcissist?! 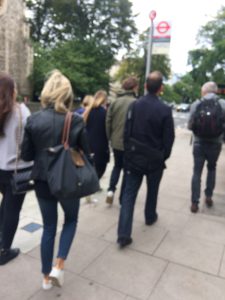 On the way to Primrose Hill 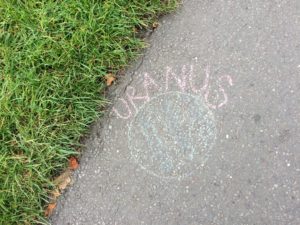 First spotted from a back garden in Bath, Uranus was originally called… George 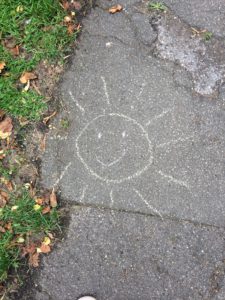 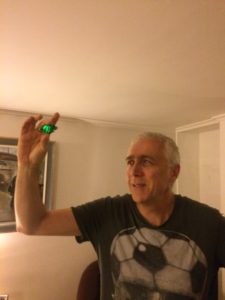 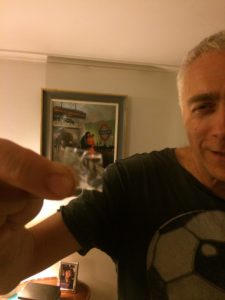 Mars (a grain of sugar) 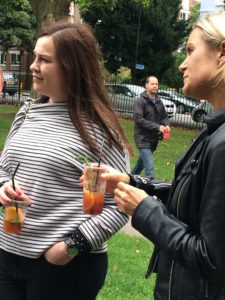 Might as well take your drink on the space walk 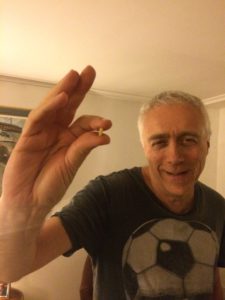 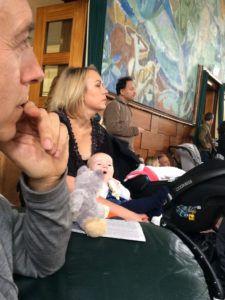 People bring their babies – and dogs – to Sunday Papers Live 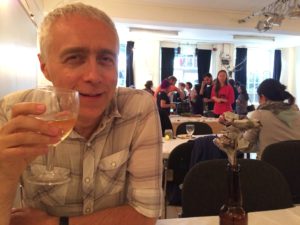 Relaxing in the interval between my two space walks 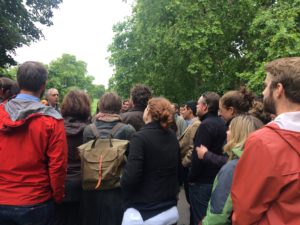 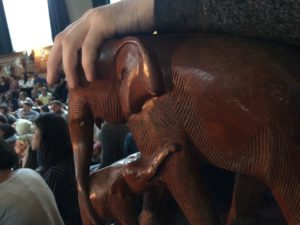 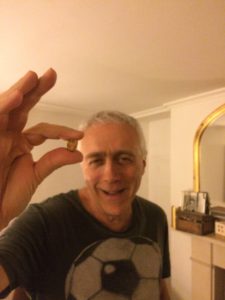 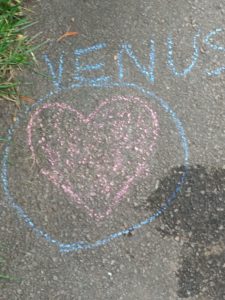 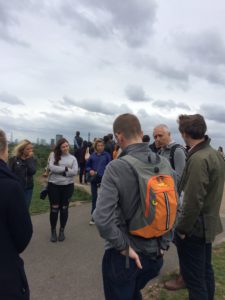 We’ve reached the edge of the Solar System (Neptune) at the top of Primrose Hill – and it’s freezing! 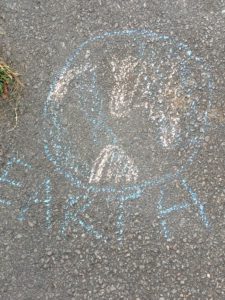 “How inappropriate to call this planet Earth when it is quite clearly Ocean” – Arthur C. Clarke 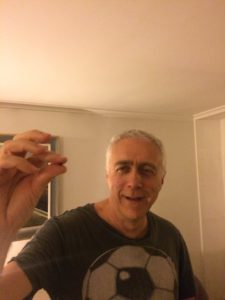 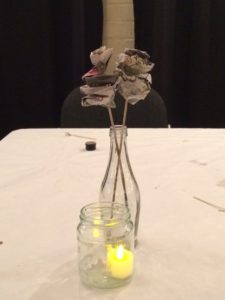 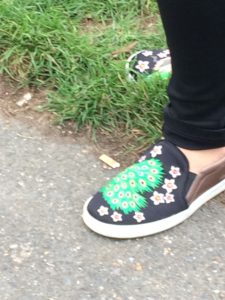 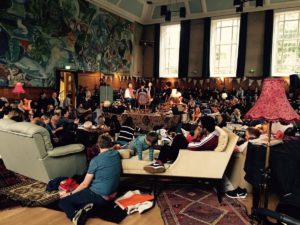