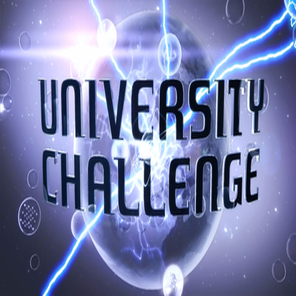 My first reaction, when the BBC contacted me to do Christmas University Challenge was: “No. Never. I’m no good at quizzes. It’ll be terrifying.” But my wife persuaded me it was an opportunity too good to miss, so I accepted.

University Challenge is recorded at Media City, Salford, on the Manchester Ship Canal. And, before the “call time”, there was an opportunity to wander around a Christmas market (in the freezing rain) and see a fabulous exhibition of L. S. Lowry’s paintings of mills and factories at The Lowry. 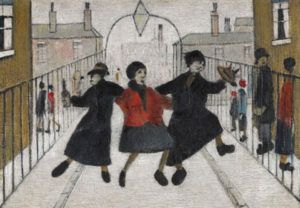 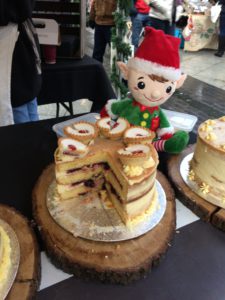 At the studio, I found broadcaster Adrian Chiles and Bruce Dickinson, the singer of heavy metal group Iron Maiden, deep in conversation about flying. Dickinson is an airline pilot – he flies Iron Maiden to their gigs in their Ed Force One jumbo jet – and apparently also has a World War I replica tri-plane. He has also been an international fencer. He’s a real-life super hero. But very unassuming. All of us had been to Queen Mary University (I met my wife there. We both loved it). The last member of our team, TV cook Ching-he Huang, was still on her way from London and, actually, we met her only as we were going onto the set. We all got on, which was great, and we also all expected to be thrashed. 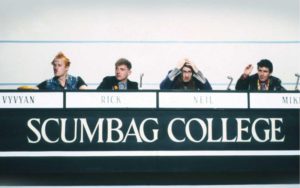 Were we Scumbag College?!

I’d asked a friend for advice. He said: “Grow a beard. Then, if you humiliate yourself, you can shave it off after the programme and no one will recognise you.”

Bloody hell, it’s just like being on University Challenge on TV, I thought, as I took my seat at the Queen Mary desk. 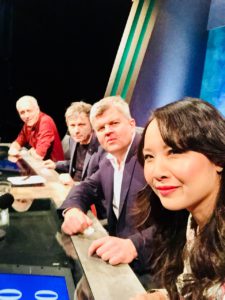 I could see my wife in the audience as we did a rehearsal. She had already sat through one match. Ours was the second of three being recorded today. “Complete this quote from Niels Bohr: ‘Prediction is difficult, especially of..? I BUZZED. “Chown, Queen Mary University”. “OF THE FUTURE”. “Correct”. Bloody hell. I’d pressed my buzzer! I’d answered a question correctly! Maybe this wasn’t going to so bad after all. 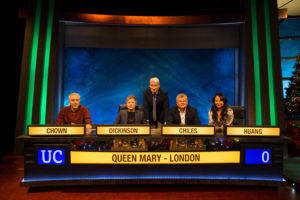 Fortunately, this was at the START of the programme not the end!

After team photographs with Jeremy Paxman, it started.

Many of the questions would have made more sense if they’d been asked in the click language of Kalahari Bushmen. Often they were so convoluted, it was hard to figure out exactly what was being asked.

Obviously, you are entirely dependent on the questions. If they are not on anything you know about, you are stuffed. And, even, if you know an answer, someone else can buzz before you. The answer “Vivienne Westwood” came to me but 2 seconds before a buzz-in from our opponents, Cardiff University. Fortunately, I knew the answers “Proxima Centauri” and “Laputia”. Don’t ask me what the questions were! It was enough for me. I had expected to be able to answer no questions. I was more than happy I had answered some.

It was all over so quickly. Incredibly, we’d won. There were some “pick-ups” of fluffed lines, Paxman nodding to disembodied words from the gallery in his earpiece and cursing “Bollocks!” as he waited for the score to be wound back to the right place. Then we were being shown out to taxis to take us back to Manchester Piccadilly.

I was on a high. All I could think was, It’s over. I didn’t humiliate myself. And, best of all, I hadn’t had to grow a beard.