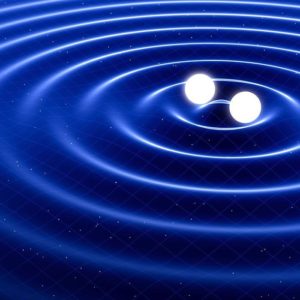 On 14 September 2015, gravitational waves were first detected on Earth. The source – two merging black holes – briefly pumped out 50 times more power than all the stars in the Universe together. I write about this – and much more – in my latest book, The Ascent of Gravity.

Tonight, I talked about gravitational waves: The voice of space. Turned out to be a very enjoyable event: Enthusiastic audience, lovely festival people and generally a very good atmosphere. The first person who came up to me after I finished my talk asked: “Are these Jewish gravitational waves?”! 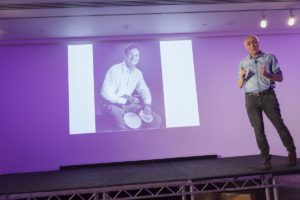 “It was easy for Richard Feynman to make a sound on his bongos because the drum skin was flexible. The drum skin of space-time, however, is a billion billion billion times stiffer than steel. No wonder it is hard to vibrate it and make gravitational waves.” 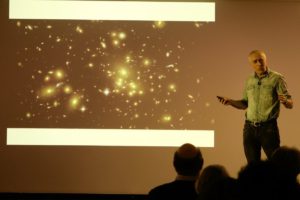 “The Universe’s ‘dark matter’ outweighs the visible stars and galaxies by a factor of six. Most people think the dark matter is made of a hitherto undiscovered subatomic particle and that’s because… there are a lot of particle physicists!”