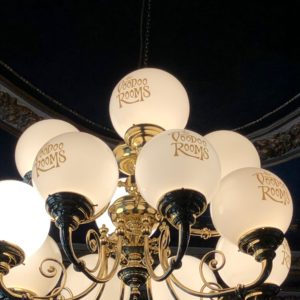 I even had a train ticket booked for the 2019 Edinburgh Science Festival but everything got cancelled because of the first Covid lockdown, so it was wonderful to be finally be back In Edinburgh. The event was called the “Sensational Stories in Science”, which hopefully did not raised audience expectations to unrealistic levels! The venue was the fantastically rococo “Voodoo Rooms”, formerly a 19th-century Gin Palace. There was even a giant mirror ball on the ceiling!

I talked about Richard Feynman – who had told my mum physics was not the most important thing; Michael Faraday – who created our electric world – and James Clerk Maxwell – called “Dafty” by his Edinburgh schoolmates yet still managing to be the most important physicist between the time of Newton and Einstein; and Cecilia Payne-Gaposchkin, who has never got the credit she deserves for writing the most important astrophysics PhD of the 20th century and discovering the identity of most of the ordinary matter of the Universe: hydrogen and helium.

Special thanks to the wonderful Siân Hickson for making the event happen! 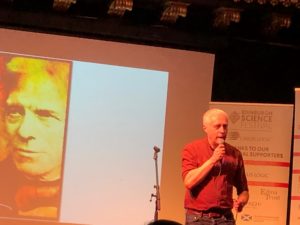 Michael Faraday won the equivalent of the Golden Ticket in “Charlie and the Chocolate Factory” when a man came into the bookbinders where he was apprenticed with a spare ticket for the Royal Institution lectures of Humphrey Davy, the most famous scientist of his day 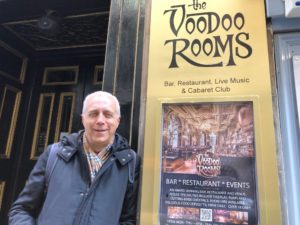 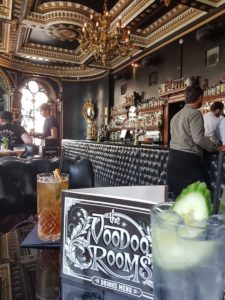 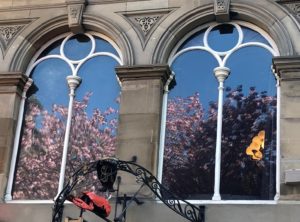 Blossom reflected in the fab windows of the Voodoo Rooms 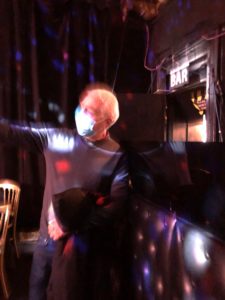 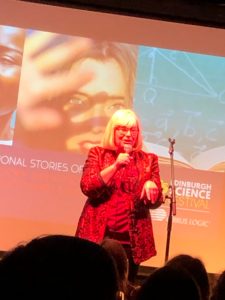 Susan Morrison, the Titanic-obsessed compère, who, in the Green Room, regaled me with the story of how she had rescued a Chihuahua from being sucked down a vacuum loo on an intercity train 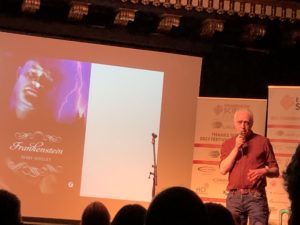 In the early 19th century, electricity was considered Satanic. Luigi Galvani had animated the dead flesh of frogs’ legs with electricity and this inspired Mary Shelley to write Frankenstein ⁦ 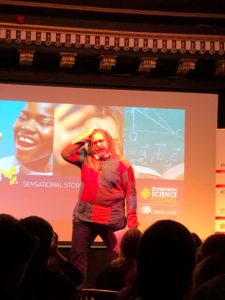 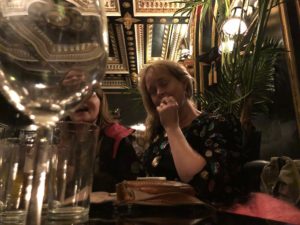 I trot out the random fact that island of St Lucia has the highest concentration of Nobel Prizewinners in the world because of Dennis Walcott and Siân Hickson, organiser of “Sensational Stories of Science”, turns out to be his biggest fan and starts quoting his poems! 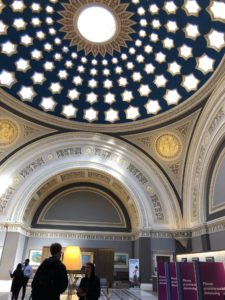 What a place to withdraw money from a cash machine: Royal Bank of Scotland, Edinburgh 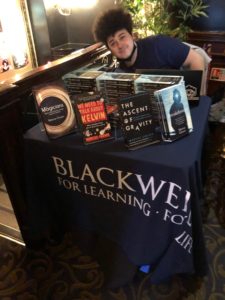 Wahey! They’ve got my books! 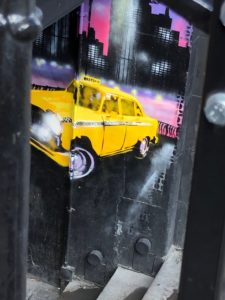 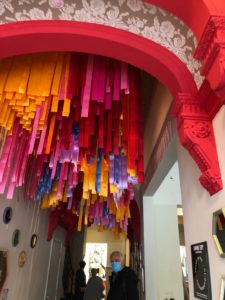 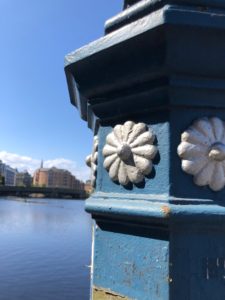