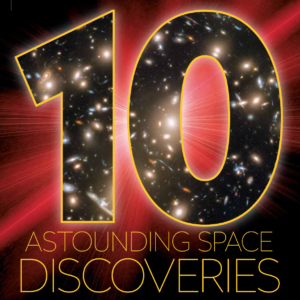 The Universe is astounding. Put it this way: all of its ordinary matter, all the particles that make us and everything we can see only make up four per cent of its matter. We only discovered the Universe’s major mass component, the thing that makes up 70 per cent of it, in 1998. We call it dark energy – although nobody  has the slightest idea what exactly it is. “The Universe”, to paraphrase the British biologist JBS Haldane, “is not stranger than we imagine. It is stranger than we can imagine.” In celebration of this joyful fact, here are 10 of the most astounding space discoveries of recent times… Read more (BBC Sky at Night Magazine Subscribe)